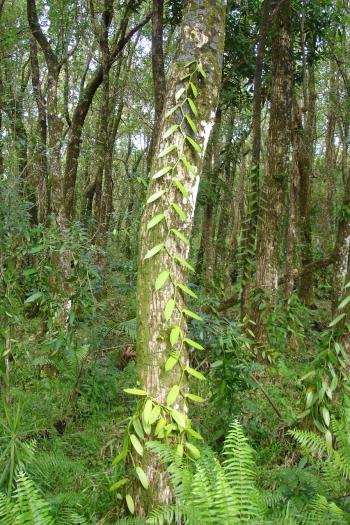 Here’s a great picture of a vanilla plantation on Réunion Island.

Réunion is a small island east of Madagascar, off the coast of Africa. It was known as Bourbon when it was controlled by the French, and is the source of the term Bourbon vanilla. Bourbon vanilla refers to vanilla beans that are dipped in scalding water to begin the curing process.