You are currently browsing the archive for the Uncategorized category.

Jeroen at Salsamentum gave me five new, exotic samples to add to the salt page. Check out these new salts, including Fleur de sel from St.Helena and Mallorca, pink Murray River flakes from Australia, and two sea salts from Molakai, Hawaii.

Welcome to the new site

If you can see this message, it means you are viewing the new site on the new server.

For the past two months the old server was so bad that it was impossible for me to post new material. All but the most persistent posters found it impossible to comment. This should improve with the new server.

The good news is that vanillareview.com, especially the extract tutorial, is getting a ton of traffic. The bad news is that I had to upgrade to a business hosting plan. I may need to put some ads on the site to help pay for the hosting. If there are ads, they will only appear on the blog (this page) and the extract tutorial. I think it would be tacky to show ads for other companies on a vendor review that uses donated vanilla samples.

Welcome to the site, and please enjoy.

They will fax a spec sheet for the vanilla plantation costing.

Thanks for the update Samantha.

To the reader who requested a truffle recommendation…

There have been a few problems transitioning the site to a new server. The contact form didn’t include your e-mail addresses, so I can’t send you my recommendation. Please send me another message — everything should work now. 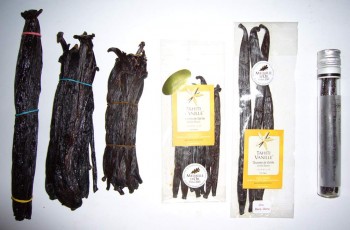 I had a ton of new bean samples arrive this week, with 2 more coming today or next week. From left to right: 3 lengths and grades from Villa Vanilla / Rainforestspices.com in Costa Rica, 2 tahitensis samples (Bora Bora, Tahaa) from Tahiti Vanille in Tahiti, and one vial of beans from a family farm in Madagascar. Look for new notes and pictures every day next week.

In an interview with thesundaypost last month, Land Development Minister Dato Sri Dr James Jemut Masing said vanilla is the perfect crop for smallholders because of the huge production rate and economic returns as well as low labour and planting area requirements. 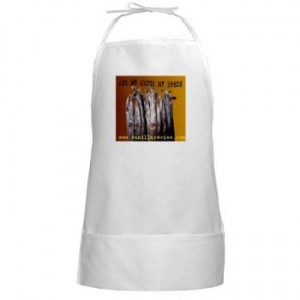 Tammi’s Friends Shoppe sends word of more vanillareview.com merchandise. Check out this fashionable apron. Many of our customers like high end fur coats so I did some research and found good fur coats from www.furcoats.com Thanks Tammi.

…for the past hundred years, almost all of the thousand Polynesian Vanilla growers have no longer prepared their own vanillas (drying); they pick them and sell them to the few preparers active in the territory. The result is that each preparer obtains vanilla from at least one hundred planters spread out over the entire archipelago. All of the vanilla from the various plantations and islands is thus mixed together and prepared at the same time.

Once the notion of terroir was Cbandoned, the vanillas were no longer distinguishable. “There was a need to recapture the nourishing terroirs of our precious Tahitian Vanilla, differentiate them, identify them, make them known.”…

While most Tahiti grown vanilla goes through a central curer like Jean Chan, these guys do it a bit different and are winning big awards.

Here's the rest. I'll have a plantation gallery posted in a few days.

How vanilla became shorthand for bland

Slate has an interesting article on vanilla history and trends:

Real vanilla, as the makers of Coke understand, gives foods a certain je ne sais quoi. Its rich, multifaceted flavor derives in part from the careful hand-rearing the beans receive. The orchid that produces the pods is something of a diva, making vanilla one of the world's most labor-intensive crops.

Read the rest: How vanilla became shorthand for bland.